Recent developments in assessments has seen a spirited focus on mobile assessments, especially those conducted on smartphone devices. Benefits such as improved engagement, accessibility and turnaround have all been cited as reasons why mobile-enabled and mobile-first assessments are important tools for IO Practitioners.

In this article, we’re won’t be covering the benefits of mobile assessments, but rather why mobile (and especially smartphone) assessments have likely become such a topical subject of debate in the recruitment and selection space.

In a recent global survey conducted by Hootsuite and We Are Social, the proportion of webpages that are served by mobile devices was investigated. This statistic tells us much about how people in countries around the world access the internet, especially in terms of device preference.

Below is a graph derived from the research, showing the percentage of total webpages served to mobile phones, per country: 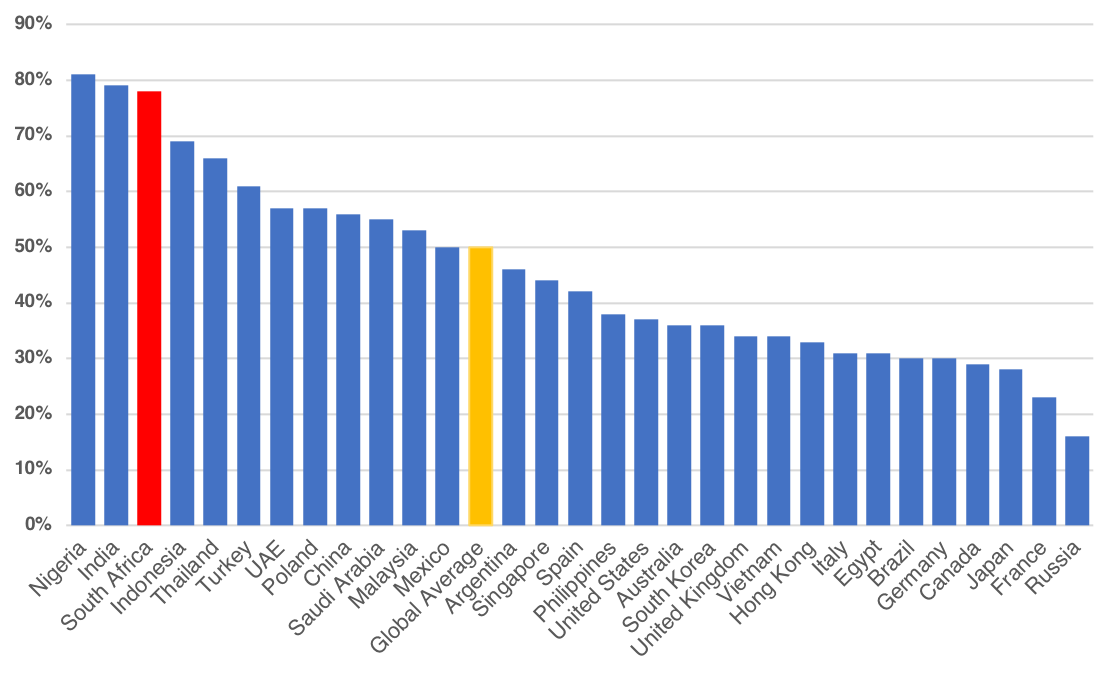 Source: derived from Hootsuite / We are social Global Report, 2017

Note that South Africa, along with Nigeria, India, Indonesia and Thailand are in the top 5 countries in terms of accessing the internet via mobile phones, with nearly 80% of webpages in South Africa being accessed with such devices. Compare that to the global average of around 50%.

Another interesting trend from the research is that developing countries’ citizens tend to use mobile phones for accessing the internet far more than those of developed countries.

A significant reason for this relates to cost: Mobile phones are, for the most part, far more affordable and widely distributed than tablets, laptops, or desktop computers in such countries.

For IO Professionals who intend to deliver online assessments to candidates in developing countries, such findings are particularly relevant. The question of access certainly becomes more important when only 20% of South Africans access the internet with devices other than mobile phones.

The internet is ubiquitous

While the internet started as a tool for communication and file sharing, few would argue that it hasn’t become an integral part of everyday life for most people. Researchers of internet behavior are particularly intrigued by the casual, everyday use of the internet, because such use tells us a lot about how pervasive online activities have become in people’s lives.

Recent statistics released by Google’s consumer barometer reveals that regular, daily internet usage is on the rise globally. South Africa is no exception. Nearly 80% of Millennials in South Africa use the internet every day for non-work purposes. Generation Xers and Baby Boomers are not that far behind in their daily, casual use of the internet, with 60% and 50% of adults from these cohorts (respectively) using the internet on a daily, casual basis.

What the findings discussed above allude to is the issue of access. It’s clear that in developing countries especially, mobile devices hold considerable promise for all generations who wish to access the bounty of services and information available online.

In the same vein, recruiters, selection specialists and IO Practitioners have increasingly come to rely on wide internet access to conduct core tasks such as CV checking, verification of qualifications, and of course, assessments. But if organisations want to maximize their potential access to talent pools, it seems vital for them to have some mobile presence, given that so few people in countries like South Africa access the internet any other way.

As in previous findings, it is clear that South Africans of all ages not only access the internet via mobile phones, but also prefer to do so when given the option of using alternative channels.

The picture becomes even more one-sided when we look at one age cohort in particular: Millennials (defined here as ages 20-35): 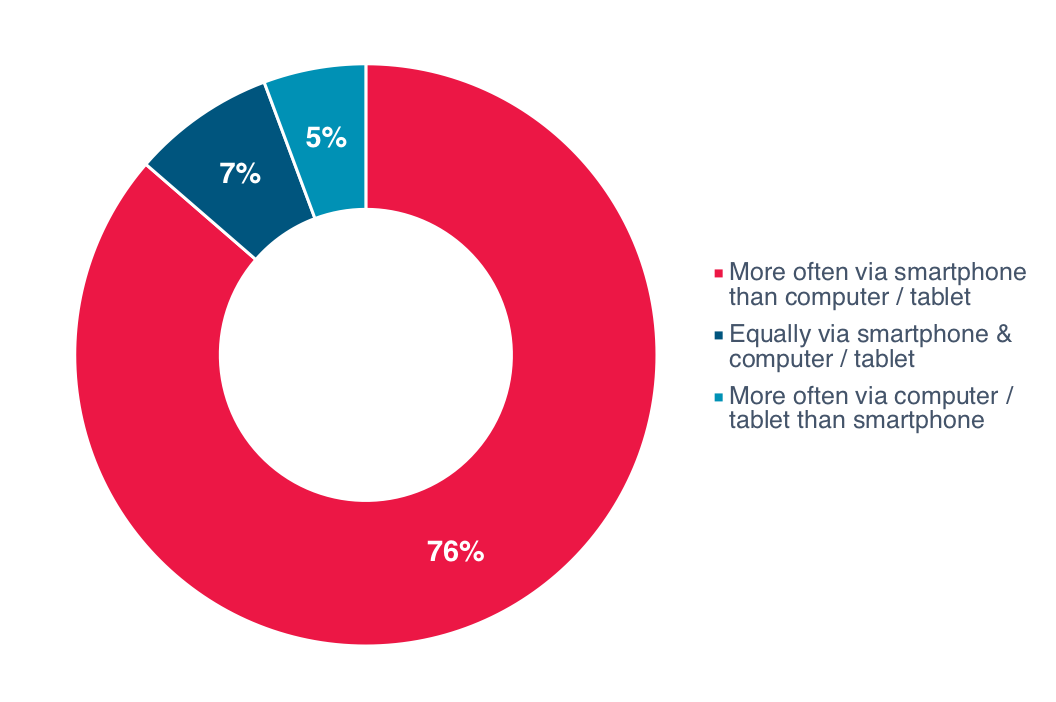 The upshot of these findings may be that any internet activity or transaction will have to be constructed with the assumption that a significant proportion of users will use smartphones instead of more conventional means.

While the growth of mobile-mediated access to the internet is obvious from the preceding discussion, the implications of such growth for the IO Psychological discipline in general and assessments in particular are not that clear-cut. It certainly indicates that we may see a growing expectation, especially amongst Millennials, of smartphone-delivered applications within the world-of-work. Whether these expectations will extend to the realm of talent assessments is not yet clear and will require further research.

Whatever the outcome of such studies, it is clear that the assessment marketplace has already embarked on the development and implementation of smartphone-delivered assessments. It behooves all IO Practitioners therefore to become more conversant with the current debates in the field, as well as conducting what will no doubt be fundamental research on the application of this exciting new technology.

At TTS, we are cautiously optimistic about the promise of smartphone-delivered assessments for selected applications. To find out more, why not drop us a line at: info@tts-talent.com?